The US Supreme Court admits that the decision in Wisconsin v. Yoder could be used in a way that deprives children of any opportunity to build a life outside the Amish Church. 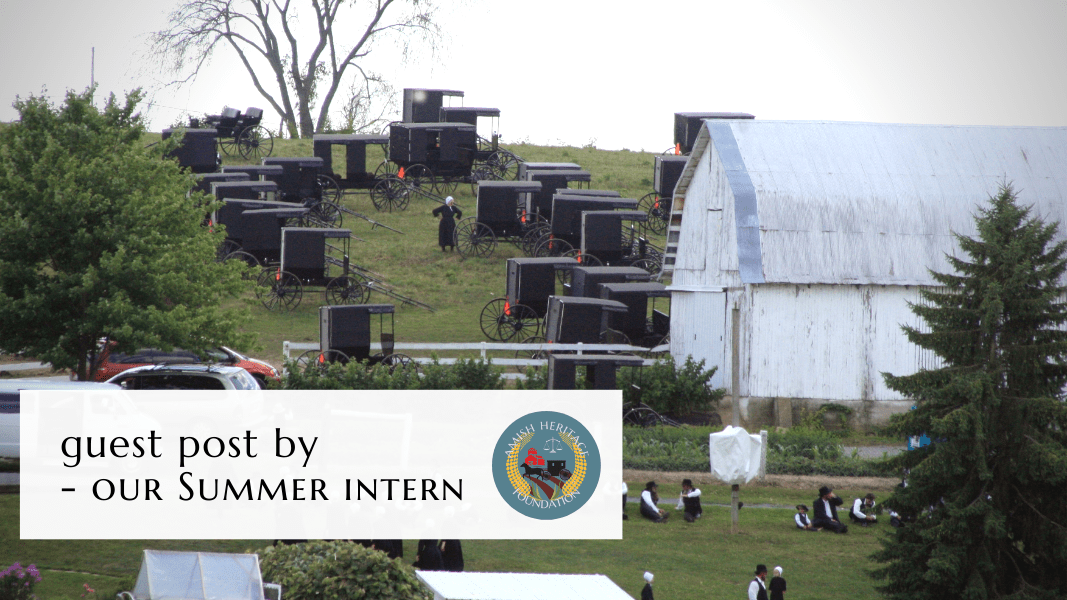 United States Supreme Court Case Wisconsin v. Yoder placed the futures of thousands of children in limbo. The fundamental right to a full, enriching education was being argued: one side claiming religious liberty, and the other fighting to give children the right to a full education. After listening to the oral argument and reading the written decision of the case, here is what I observed.

My initial reaction to hearing the audio of the Wisconsin v. Yoder oral argument was confusion. Opening for the state, lawyer John Calhoun argued that the state’s interest in a full education for all children overrode the religious interests of the Amish. However, Calhoun’s argument was so muddled that for a large majority of his presentation, I couldn’t tell what he was advocating for or against. I had to repeatedly study his testimony just to write this short summary, as he conveys his points in such a roundabout way that it is hard to discern anything of value from them. His argument did not follow much of a clear pathway, and it felt as if he was simply responding to questions instead of advocating for a specific belief.

It is very clear to me that Calhoun did not do his research or effectively prepare to make his case, as he uses inaccurate terms such as “Old Order” Amish and fails to bring up key statistics that would support his stance. Granted, these statistics might not have been available at the time, but the fact that no statistics are brought up at all shows . . .

. . . that the research required to back up his argument was not conducted. Frankly, I feel as if I know more about the Amish through the short duration of my internship than he did.

Lawyer William Ball, representing the two Amish men and one Beachy Amish man, had a much stronger argument. Although his beliefs are based on stereotypes, he presented them in a way that was clear and concise and gave off the impression that he was knowledgeable about the subject. I could see how a Supreme Court Justice who does not have the proper cultural training about the Amish could be persuaded by his argument. Ball presents “expert” testimony and creates a rosy narrative around the case that makes his argument seem much more sound, regardless of the truth underneath. The written decision of the case even calls this out, saying, “In support of their [Yoder’s] position, respondents presented as expert witnesses scholars on religion and education whose testimony is uncontradicted.” Without challenging this testimony, Calhoun and the state made it very easy for Ball to present a self-serving narrative to make their case appear stronger.

That is what makes the case even more frustrating for me. Even in my short time working with the Amish Heritage Foundation (AHF) and my limited Amish cultural awareness, I could point out flaws in Ball’s argument that would have weakened him, or at least made him have to back up his points with facts instead of just his own opinion. However, Calhoun does a poor job of rebutting Ball’s argument and fails to address any of the points that he makes.

When I began my cultural awareness training, I was confused as to how any court could have passed a case so obviously biased as Wisconsin v. Yoder, but after listening to the hearing I understand more. Of course, I still believe Ball to be wrong, but it is undeniable that he does a better job explaining his side and arguing for his views. And unfortunately in courts, it often comes down to who has the better persuasion skills.

Ultimately, this case allows Amish parents the legal right to deprive their children of education, ignoring the children’s own rights to freedom of religion and the right to thrive as a functional member of society outside of the practicing Amish community.

The Supreme Court explicitly admits that Amish children are being raised with the sole choice and ability to survive in the Amish Church.

This extends to mean that Amish children have no right to be prepared to be a member of modern society and not a member of the Church. The written decision even acknowledges this, saying, “It [the decision] appears to rest on the potential that exemption of Amish parents from the requirements of the compulsory-education law might allow some parents to act contrary to the best interests of their children by foreclosing their opportunity to make an intelligent choice between the Amish way of life and that of the outside world.”

The Supreme Court admits that the decision in Wisconsin v. Yoder could be used in a way that deprives children of any opportunity to build a life outside the church, yet made their decision anyway due to the biased narrative Ball created that portrays the Amish as a perfect religion that would never hurt their children.

This again makes Calhoun’s poor arguments especially frustrating, as the rights and futures of so many Amish children rested on his shoulders. Now, since this case was heard in the federal United States Supreme Court, there is double the work that must be done to make up for the mistakes in the past that were cemented by the Court’s decision.